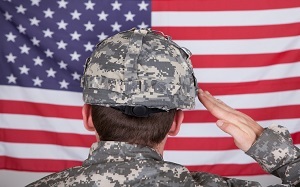 At the Hobart High School Raider Invitational on Oct. 20, 2018, Marion JROTC cadets Juan Rodriguez, Tayler Garriott, Lucas Riley, Tyron Rice, DJ Smith, and Josiah Hamilton run to victory during the litter carry event, along with teammates Audrey Dickerson and I’Yela Hornaday who cannot be seen in this photo. The Giants won the competition and are undefeated against 57 other teams this season. They compete next Saturday for the Indiana Raider State Championship. (Photo provided by Marion Community Schools)

The Marion High School JROTC Raiders continued their winning season in Hobart on Saturday by defeating teams from Michigan, Illinois, and Indiana in a regional competition. The MHS cadets have now defeated all 57 teams they have faced in four regional competitions.

The Giants head to the Indiana JROTC Raider State Championship in Indianapolis on Saturday, and they’re hoping to extend their undefeated season.

“All I can say is that these cadet Raiders are on FIRE!” said retired Lt. Col. David Farlow, senior Army instructor and coach for the Giants. “This is without a doubt the best Raider team we have had since our program began eight years ago.”

The win at Hobart was especially sweet for the Giants.

“We have never finished first at Hobart in the six years we have competed there,” Raider team captain Audrey Dickerson said. “The last two years we came in second place, both times losing by one point. So to finally beat them at their home is a big win for us.”

The Giants dominated the 2.5-mile cross-country run. Cadets Tayler Garriott, Tyron Rice, and DJ Smith claimed the top three finishes from among the 120 cadets running the race. Kayleina O’Donnell was also the fastest female runner, earning a 27th place finish. Cadet David Cannon, a member of the Giant’s B Team, placed fifth overall on the run.

Further demonstrating the strength of the Marion Raider program, the Giant’s B Team finished the day with the third place title, defeating 10 other teams’ varsity units.

The Giants are last year’s Raider State Champions and hope to secure that title again Saturday. They will then head to Georgia for the JROTC All-Service and All-Army Championships on Nov. 2 through Nov. 5.

Those who would like to sponsor a cadet to the National Championship can do so by mailing their donation to Marion High School JROTC, 750 W. 26th St. Marion, IN 46953. 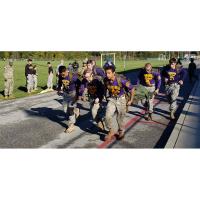 Want to get notified whenever we write about Marion-Grant County Chamber of Commerce ?

Sign-up Next time we write about Marion-Grant County Chamber of Commerce, we'll email you a link to the story. You may edit your settings or unsubscribe at any time.